It’s the “he” part of the blog team, reflecting on Golden Week 2017. My wife explained what Golden Week is in the last blog entry. I’m going to follow up with what we actually did, and what we learned.

First, there are a multitude of things going on in Tokyo during Golden Week. We spent most of our time in town, with one day trip a bit further away. Many of the things we did are traditional, so it is possible to look forward to them in years to come. Here are some highlights.

Nezu Shrine is a Shinto shrine located in Bunkyo, Tokyo, dating back to 1705. We visited during the annual Azalea Festival. Nice walk from Yanaka cemetery near Nippori station on the JR line.

Eko-in is a Buddhist temple in Ryogoku, Tokyo. Originating in 1657, today it continues to offer a resting place for any soul who did not leave relatives behind, including victims of natural disasters, prisoners, and animals.

Old Yasuda Garden, not far from Eko-in. Beautiful Japanese garden in the middle of busy Tokyo.

Yoyogi Park, Meiji Shrine. Adjacent to each other, a short walk from Harajuku Station. We saw a Cambodia festival, Caribbean festival and other celebrations. 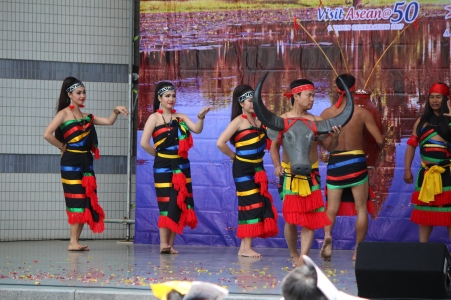 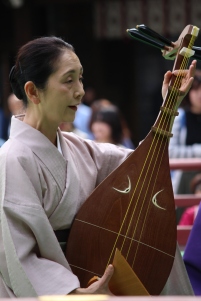 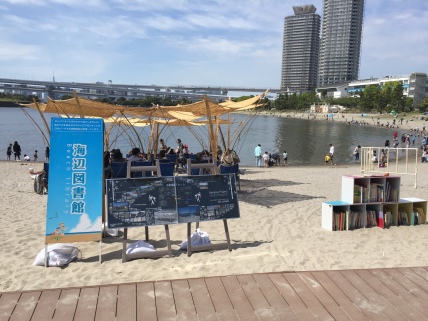 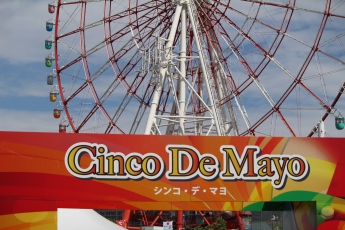 Kameido Tenjin Shrine, beautiful grounds around this shrine. Wisteria Festival through May 5. Note for file – let’s go here in April next year, when the wisteria are probably at their peak. 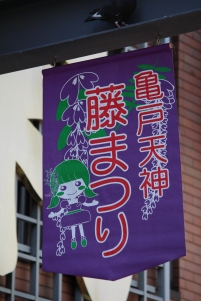 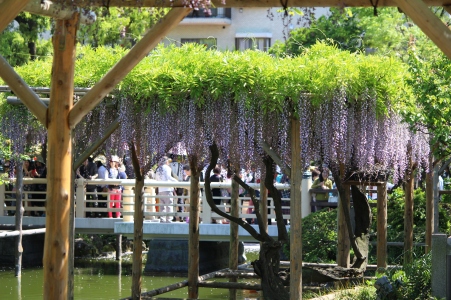 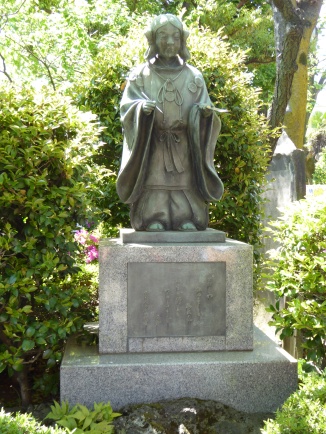 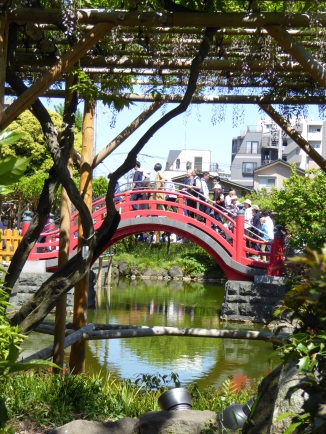 Enoshima, a small island off the coast of Kanagawa Prefecture, about an hour and a half train ride from Tokyo’s Shinagawa Station. Known for Enoshima Shrine. Great day trip.

Looking out over the ocean

Torii gate on the island

Bridge leading to the island

Guardian of the shrine

So many things to see and do in Tokyo! Golden Week gave us an opportunity to explore our adopted city and the area nearby. We look forward to more to come.