My husband an I are both fitness runners, and have been for many years. I have wanted to do a blog on running here, so this morning with camera in hand, I went for a run. Apologies for the phone camera photos.

This blog will mostly be photos of my usual running route. Since we live close to Tokyo Bay on one of the artificial islands, we usually run along the walkways that go along the canals between the islands. It is a pleasant — and less crowded — place to run than the sidewalks. Take a look… 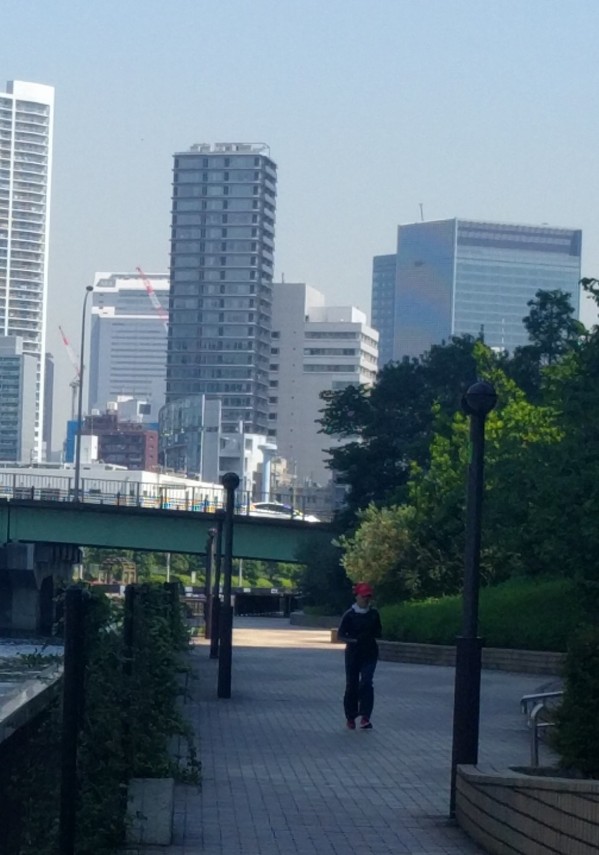 There are lots of places to run in Tokyo besides the canals where we usually run. Running is very popular here. We often see “running clubs” out and about on the weekends. There are many large parks and gardens to run in, and the outer perimeter of the Imperial Palace is almost exactly 5 kilometers, so it is often used for 5K runs and races (future blog post!) Down near the Imperial Palace, which is close to the Ginza and Shimbashi areas of Tokyo, there are actual running stores that provide shower and changing facilities for people to use during their lunch hours or after work. These stores will even rent shoes and running attire if you don’t feel like bringing your own from home. It is a nice fitness/exercise option for those workers who commute in from outlying parts of Tokyo.

So if you plan to visit Tokyo, make sure to bring your running shoes and try it out!