Last weekend we took the train from Tokyo to Yokohama — the second largest city in Japan — which lies along Tokyo Bay just south of Tokyo. It is only a 45 minute trip from our part of Tokyo (Tamachi Station) and costs a very reasonable 500 Yen on the JR Keihin-Tohoku line. Our original purpose for going to Yokohama was to see the Bon-Odori Festival there, but there are so many interesting things to see and do there, that we spent the day.

The Port of Yokohama was one of the first port cities in Japan to open to foreign trade, and opened in 1859. It continues to be one of the most important port cities in Japan. Because of foreign trade, Yokohama hosted a large population of foreign nationals, and became a center for foreign business and industry. And even now continues to be something of a cultural melting pot.

As you ride the train from Tokyo, it is impossible to see where one city ends and another begins… going from the high-rises of Tokyo, through Kawasaki, to more high-rises in Yokohama. It is a beautiful city, with a beautiful and modern waterfront. Cruise ships, harbor cruises and water taxis abound. Modern hotels, convention facilities, and an amusement park are perched along the water. This is the popular Minato-Mirai area of Yokohama. 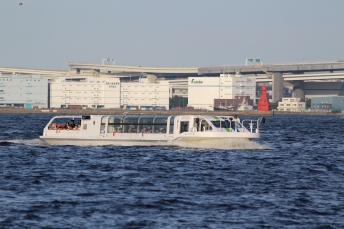 From the train station, we walked through this area to the waterfront, and past the amusement park, through Red Brick Warehouse — an historic building converted to upscale shopping and restaurants. Then through Yamashita Park and past the Yokohama Marine Tower, where we turned in to go to Yokohama China Town.

The streets of China Town are narrow, and always crowded… But so many things to see and foods to sample in China Town! It is a fascinating place to spend an afternoon.

Not far from China Town is the shopping district of Motomachi, where we happened upon a children’s dance festival… all the girls in colorful costumes lined up for their performances. 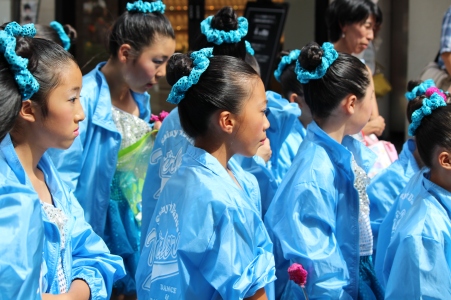 Late in the afternoon we walked back to Minato-Mirai for the Bon-Odori Festival — the dance festival honoring the spirits of ancestors. A stage was set up under the paper lanterns, and we watched a taiko drum performance to start off the festivities. Street food vendors were all around, and the party began! 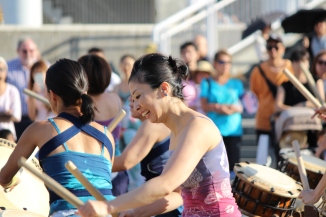 Then the traditional Bon Odori began. Many people in traditional Japanese costume lined up for the dancing, and many more in regular clothes jumped into the performance as well. It was fun, and interesting to watch as all ages — old, young, and whole families — danced along with the music. They started out with the traditional songs, but after a while they danced to more contemporary music. 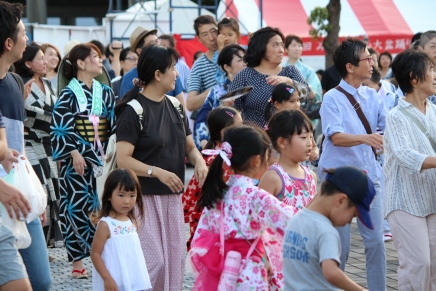 Yokohama has a lot to offer as a nearby “day trip” from Tokyo, and we just scratched the surface. There are so many more things to see and do there, that we will need to take another trip there very soon.